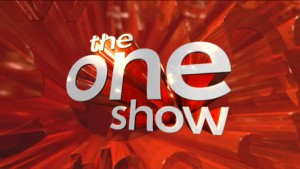 In April 2013, just months before she died, Anna worked as an intern on the BBC’s The One Show, as a runner. As well as giving her the unique opportunity to appear on national television as half of a pantomime horse, the job involved sourcing strange props in obscure corners of London. Her energy and sense of humour made her a lot of friends, who got together for a barbecue that raised £1,000 for ACT. Thanks so much to Luke Boatright and Mikey Etherington for organising it, and to all Anna’s mates on The One Show.